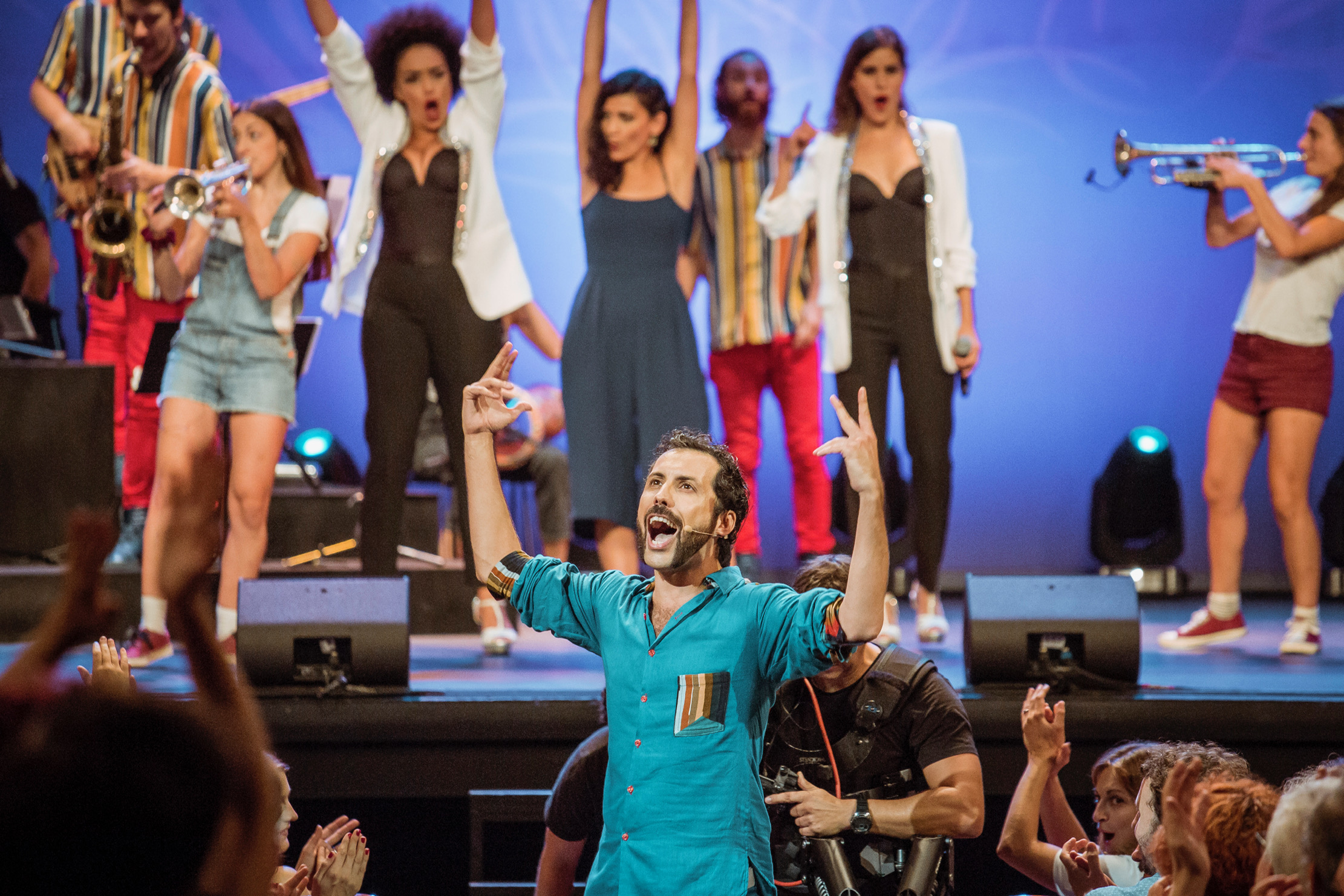 I like to perform. It makes me happy. While I’m performing, it’s the only moment that nothing hurts me. Neither backache nor headache. That just happens when I perform (or into the water!). I’ve never performed into the water so I don’t know what would happen then.

I mostly like to perform, but also... to direct, to write, to create shows. To think about new ideas. To imagine anything. In order to make laugh (most of the times) or to move emotions and create a poetic and special moment. A friend told me once that the word that defines me better in this artistic world is CURIOUS. To be curious. I hadn’t thought about it before but overtime I've seen that maybe it’s true. I like to try, and try, and try once again. I like mixing myself with people to create. What if we gather together and try to do something? And do it!

I wanted to create my own shows since I was a kid. To think about what I wanted to explain and how. This is what I learned from my family, who is dedicated to puppet theatre. Since I was a child I have seen how they were rehearsing for hours, how they performed and how we drove from one place to the other with our van. Discovering places, meeting people. They had never waited for anyone to ask for a production but they did it on their own way. And this is what I have done: I have built my own shows…and from time to time, I combine it with some other projects from which I also learn many things and it makes me to grow up.

I learned from my family (and so I try to apply) to be very demanding with my job. To do my best, understanding this profession as a craftwork. To simmer it, slowly and being sure about every decision. It has nothing to do with producing and producing but to do something that comes from the inside. Respecting the audience a lot. Being hard working in every performance, giving all the energy that I have. I try to reach as many people as possible, seeking that they like it, although they never go to the theatre. I try to touch them inside, no matter the age nor where they come from.

Making a living from that, makes me happy, and the only thing I attempt when directing or performing is that people leave the show feeling happiness and convinced that they haven’t wasted their time. That they feel grateful for coming to see us. And going on this way. Keep performing and creating. Experiencing lots of adventures traveling and getting to know many people :)

And so far, that is what I've done:

I have studied different theatrical techniques and styles, but in comedy and clown I have had teachers such as Carlo Colombaioni, Eric de Bont, Christophe Marchand, Leo Bassi or Jango Edwards (with whom we get on very well and who helped me getting started in all this, working together for a long time and directing my first own creation show).

I worked at the radio(La segona hora, RAC1) and TV (El Llenguado, TV3) and in the drama field, I have worked with different companies and projects (for example with TitzinaTeatro or Angel Llàcer).

In 2006 I founded my company, andreleased seven shows of our own creation: "Sketchofrenia", "Flirt", "Trau", "Marabunta", "Pluja", "Calma!" and more recently "Jaleiu".  We won several awards such as the Audience Award from FiraTàrrega, the “Mostrad’Igualada” award, the award from “Fira de Titelles de Lleida” and from “Mostra de Santa Eugenia”. We also got nominees as the revelation show at “Premios Max”.

I've been directing theatre, dance and circus. As well as managing the artistic direction of music bands like Love of Lesbian or Txarango.